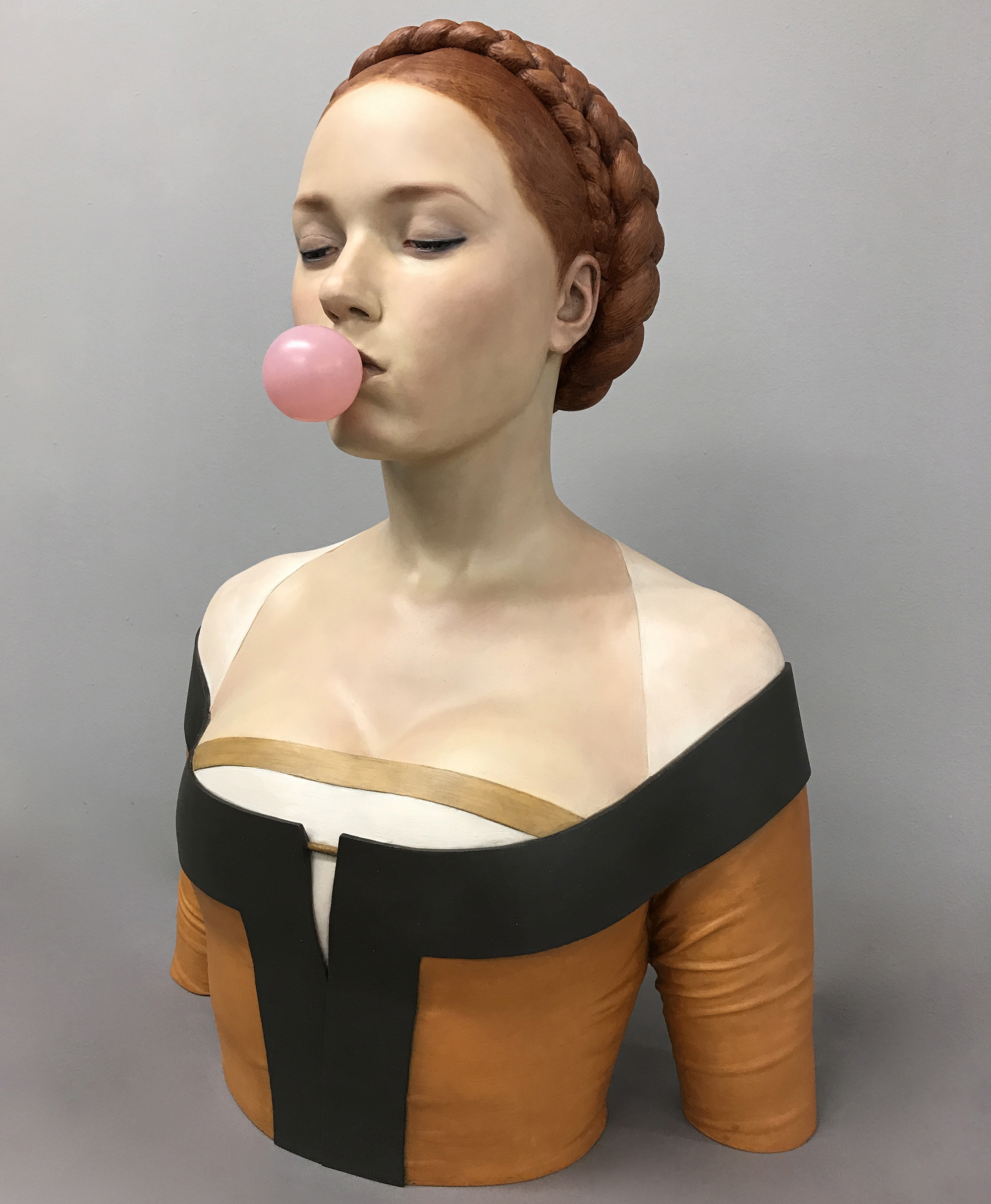 Despite their modest clothing and perfectly plaited hair, the women that artist Gerard Mas sculpts are spirited, brazen, and undeniably shameless. Whether blowing a wad of bubblegum, sporting visible tan lines, or unabashedly digging in their noses, the corset-clad figures are steeped in humor and wit and cast a contemporary light on the long-held conventions of the medium.

Mas began the ongoing series a few years ago as he ventured into figurative sculpture and struggled with portraying perfection and beauty. He shares:

This was an impossible job. There was always something that broke that beauty. And a sculpture attempting to speak of beauty with some disproportion or flagrant compositional flaw is pretentious if not ridiculous… I decided to anticipate that failure and deliberately introduce discordant elements that broke that pretended beauty by making our sense of good taste squeak. Let’s say it’s an ode to the impossibility of beauty.

Based near Barcelona, Mas originally trained as a restorer with a focus on reconstructing floral ornaments in architecture. “In my obsession with contemplating the art of other times, I also realized that our current cultural codes prevent us from contemplating the art of the past without reinventing its meaning. We are subjected to an avalanche of daily images that shapes the way we look,” he says. This experience continues to inform his practice that seamlessly melds traditional techniques—his use of standard materials like marble, alabaster, carved wood, gilding, and polychrome, for example—and contemporary subject matter.

If you’re in Madrid, you can see Mas’s sculptures at Estampa from April 8 to 11. Otherwise, peruse a larger collection of his figurative works on his site and Instagram. (via The Jealous Curator) 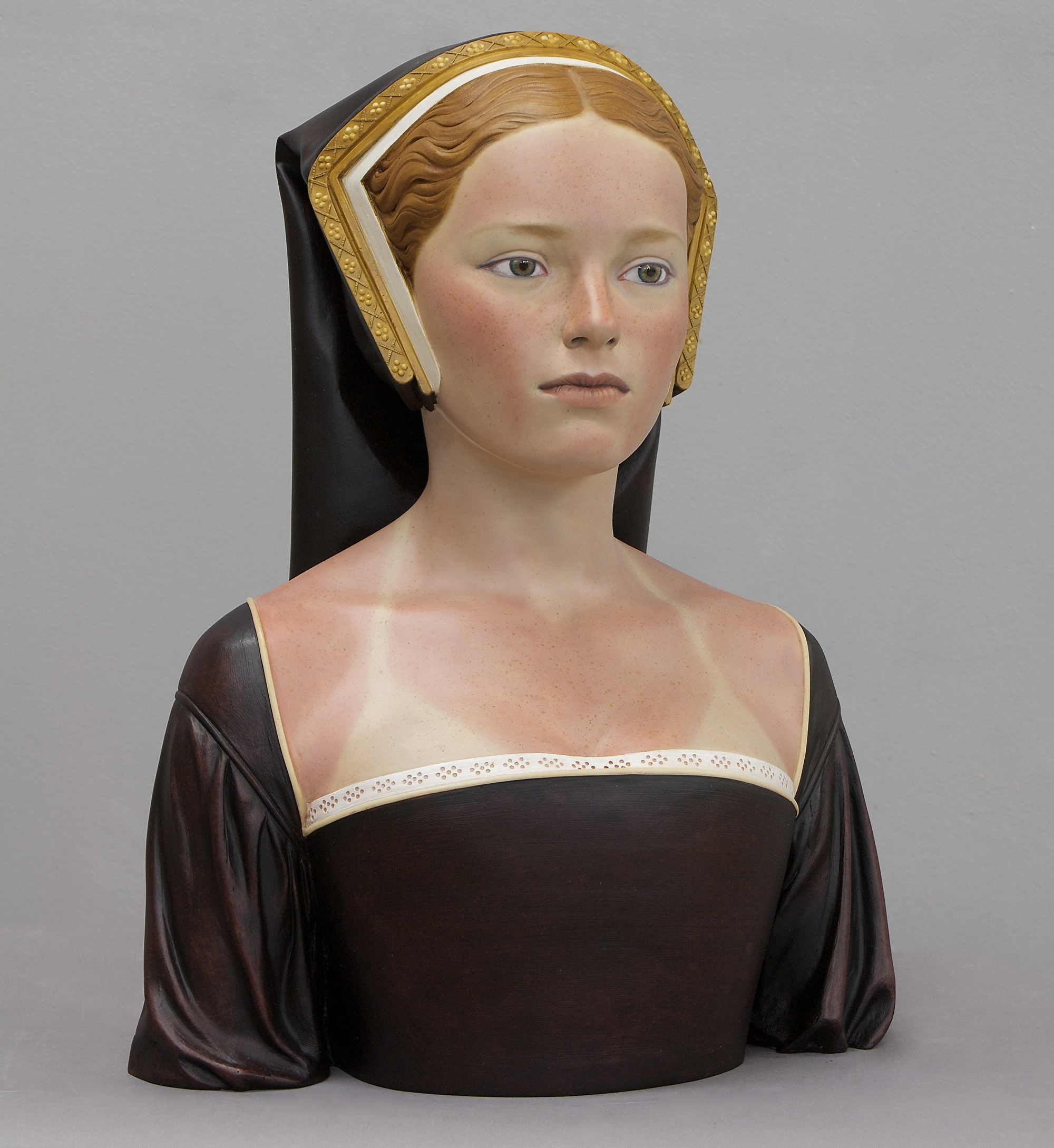 “Lady of the chewing gum” “Lady of the collar”